Imagine you are looking at a drop of blood under a powerful microscope. You are able to see white blood cells attacking and consuming foreign invaders. You say: It sure does seem like the white blood cells want to go after those foreigners! But they are pretty complacent when there are no invaders. What vigilant guardians are these beings! But then you come back to reality and realize that although it seems that they have a will and mind of their own, it's really all just chemical reactions.

Imagine giant alien beings are looking down at humanity. One says: Look at those humans, they seek pleasure, avoid pain, they often act according to a moral code; they even make scientific discoveries! The other one says: It sure does seem that way, but we both know that it's really all just chemical reactions.

How are we different from the white blood cells?
Posted by The Jewish Freak at 2:29 PM 15 comments:

It's been a long time. I will be posting on things that have been on my mind in the last couple of years.
Posted by The Jewish Freak at 2:26 PM 3 comments:

Defense Of The Jewish Nation 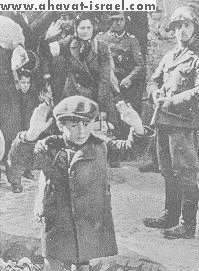 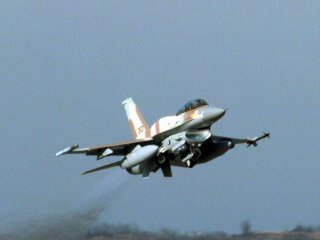 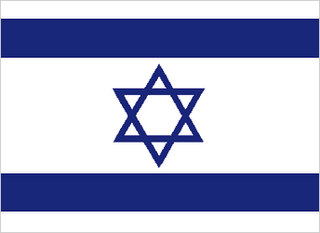 "Now the detestable bastard is rumored to have lost an arm and a leg and while he lays in some hospital bed with a catheter up his penis and a collector catching his blood oozing from his stapled sutures, he will look up to the ceiling with his one remaining eye and will know - firsthand - how Israelis suffer when demented Islamo-Nazi homicide bombers blow up Jews at pizzerias, weddings, and shopping malls. For those poor Jews who do not perish in the Muslim homicide bombings, they instead suffer as cripples and paraplegics, paralyzed and deformed"

I found these words posted by Smooth Stone not long ago, written about Mohammed Deif, a known Hamas killer who was wounded by an Israeli attack.

Harsh words, yet I can not escape their truth. When you live a life of violence, violence will likely find you. How many people will suffer before this sick culture will build rather than destroy?
Posted by The Jewish Freak at 4:01 PM 5 comments:

There are nations that are urging Israel to practice restraint in protecting herself from her enemies. My question to you is: In whose interest is this call for restraint? Is it in Israel's benefit to show restraint at this time, or is it really in the interest of other nations with nothing to lose to call for restraint? Certainly no nation should have to (or would) sacrifice the security of her citizens for the interests of another nation.

And speaking of nations calling for restraint, I have some questions for Russia and China:

It is easy to call for restraint when you don't have much to lose. It's like being generous with someone else's money.
Posted by The Jewish Freak at 2:47 PM 4 comments:

Prayer For Members Of The Israel Defense Force

He Who blessed our forefathers Abraham, Isaac and Jacob - may He bless the fighters of the Israel Defense Force, who stand guard over our land and the cities of our G-d from the border of the Lebanon to the desert of Egypt, and from the Great Sea unto the approach of the Arabah, on the land, in the air, and on the sea. May Hashem cause the enemies who rise up against us to be struck down before them. May the Holy One, Blessed is He, preserve and rescue our fighting men from every trouble and distress and from every plague and illness, and may He send blessing and success in their every endeavor. May He lead our enemies under their sway and may He grant them salvation and crown them with victory. And may there be fulfilled for them the verse: For it is Hashem, your G-d, Who goes with you to battle your enemies for you to save you. Now let us respond: Amen.
Posted by The Jewish Freak at 4:56 PM No comments:

First Lt. Yehuda Bassel was killed in a gun battle during an IDF raid in Beit Lahia on Thursday.

" Yehuda thou art he whom thy bretheren shall praise: thy hand shall be on the neck of thy enemies; thy father's children shall bow down before thee. Yehuda is a lion's whelp: from the prey, my son, thou art gone up: he stooped down, he couched as a lion, and as a lioness; who shall rouse him up?"

The Jewish heart aches for its son.